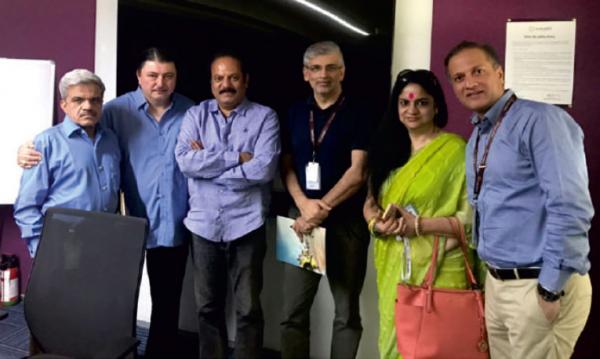 TAAI TEAM met the Director Commercial & Strategy, Mr Sanjeev Kapoor along with Marketing Head, Mr Vishesh Khanna of Air Vistara Airlines in Delhi. Vice President, Mr. Sanjay Narula updated Air Vistara team on the activities that TAAI is doing for the benefit of the members since the new team has taken office. He also explained on how TAAI could work in unison to promote Air Vistara as well as sought support and co-operation from the Air Vistara Management.

Mrs. Jyoti Mayal, Hon. Secretary General and Mr Neeraj Malhotra explained in detail the issues members were facing with regard to ticket stock and capping and also requested Air Vistara to include TAAI members in all marketing initiatives. Mr. Rajan Segal, MC Member took this opportunity to brief them about the new technology initiative of TAAI. Air Vistara is now planning to fly international routes and requested TAAI’s support to make it a global airline.

Jyoti Mayal will lead TAAI for..

TAAI getting ready to launch i..

TAAI CONNECT continues to be i..

UFTAA Meets at Madrid for thei..

ALL DOORS OPENED- A book by TA..